Canada’s Far North is one of the world’s Last Frontiers – and a true polar travel experience. The country’s Northwest Territories extend from the 60th parallel into Arctic Ocean islands all the way to the North Pole.
At half a million square miles, the Northwest Territories is six times the size of the UK, but has only about 45,000 residents.
Boreal forest thrives at the southern end of the NWT, which thin out before disappearing after the ‘tree line’, with tundra and ice stretching across islands in the Arctic Ocean.
Unsurprisingly, the region’s breathtaking natural wonders, wildlife, and the culture of its native peoples draw intrepid visitors above the 60th parallel.

Capital city Yellowknife is the Northern Lights capital of the world. The aurora borealis dance autumn and winter, 200 nights a year in the crystal-clear dark skies of the NWT. Nature’s ultimate light show is a life-changing experience for visitors from around the world.
Midnight Sun and White Nights at the height of a summer that lasts only a few weeks. During mid-summer, the sun barely sets, creating an other-worldly experience.
Polar Nights are at the opposite end of the spectrum, with a winter that’s dark almost around the clock, especially above the Arctic Circle where the sun does not rise for nearly a month!

Expedition cruises through Canada’s Northwest Passage follow a fabled route through the Arctic from the Pacific Ocean to the Atlantic Ocean, visiting some of the world’s most remote communities and seeing rare scenery along the way. 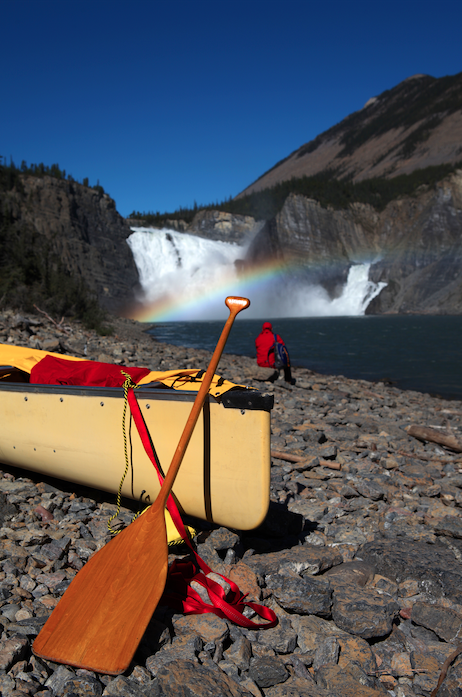 (Virginia Falls, Nahanni National Park Reserve Photo Credit: George Fischer/NWT Tourism)
Virginia Falls takes your breath away at nearly twice the height of Niagara Falls and four acres in size. It's the centrepiece of Nahanni National Park Reserve, which is one of the territories’ UNESCO World Heritage Sites.
Kraus Hot Springs – geothermal springs and pools are found in a number of places in the mountains of the NWT, but Thermal pools are common in the Mackenzie Mountains of the Northwest Territories. Kraus Hot Springs may be the most famous, as they are a popular stop for paddlers right on the shore of the South Nahanni River.
Wood Buffalo National Park is Canada's largest National Park, the 2nd largest in the world, and another UNESCO World Heritage Site. Its most famous resident is in its name, but the park is home to a vast richness of far north biodiversity. 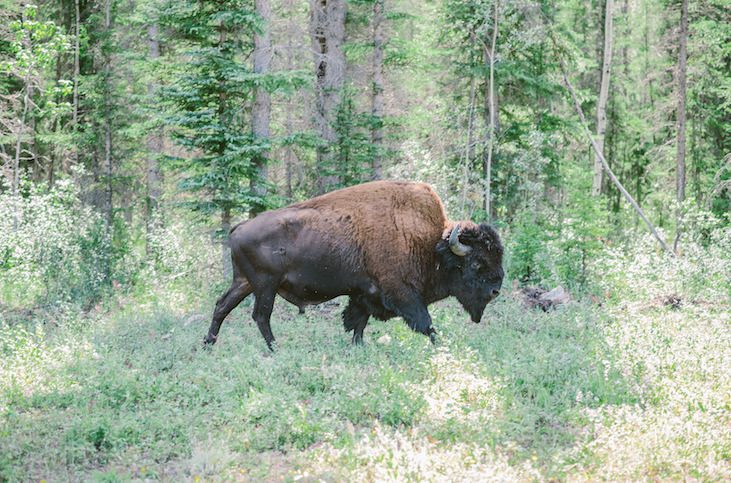 (Buffalo in Wood Buffalo National Park, Photo Credit: Darren Roberts/NWT Tourism)
Great Slave Lake in the North Slave region is the deepest Lake in North America with over 2000 feet of mysterious depths.
Great Bear Lake is the largest lake in Canada, with an area larger than the entire country of Belgium. It’s a fisherman’s dream, and holds the world record for biggest sport-caught Lake Trout that weighed in at 72 pounds!
Speaking of sports, NWT’s Ulukhaktok has the most Northern golf course on the planet. In Florida, golfers sometimes have to make way for gators. In NWT, watch out for wandering muskoxen!

One NWT attraction isn’t about its stunning geography. It’s about sparkling geology.
NWT is the home of Canadian diamonds. Only developed as a viable industry beginning in the ‘90’s, Canada is now one of the world’s top 10 diamond producers, which it says is an ethical alternative to so-called ‘blood diamonds’.
Just how much bling are we talking about? Tens of millions of carats of diamonds are extracted each year, worth billions of dollars.
The largest diamond found in the NWT to date is a whopping 552-carat, extremely rare, yellow diamond the size of an egg! It was found in 2018, blowing away the previous record for a Canadian diamond, a 188-carat white specimen called the ‘Foxfire’ found in 2015 that was worth an estimated $10 million.
Canada’s three diamond mines are in a remote corner of the NWT. Yellowknife, hundreds of miles southwest of the mines and the largest city in the NWT, is the hub for the diamond industry. 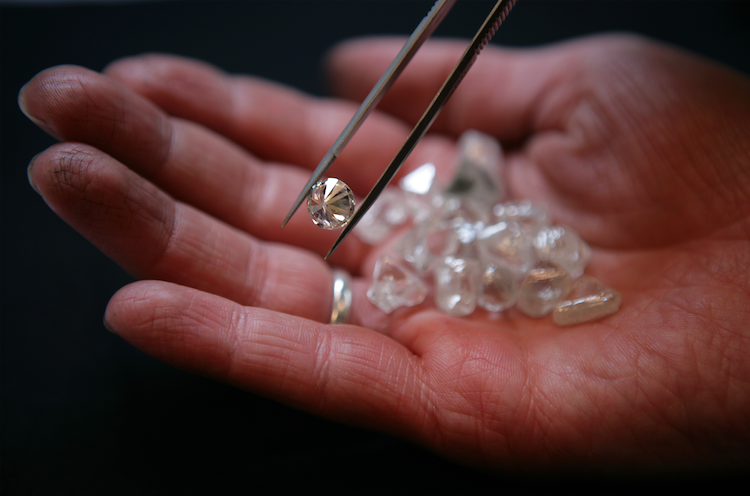 (Canadian Diamonds. Fischer/ NWT Tourism)
You can’t visit an actual mine, but Yellowknife’s NWT Diamond Centre has interpretive displays where you can learn about the geology of the fire and ice of Canada’s Far North that resulted in deposits of the delicate, but virtually indestructible stones we value so highly. You can also watch diamond cutters at work, transforming rough stones into rare gems.
It’s also where you can treat yourself or your sweetheart to a sparkling souvenir of your visit to NWT – and symbol of your love.

Top Image: Wood Buffalo National Park Dark Sky Preserve Photo Credit: Peter McMahon/NWT Tourism
Copyright BestTrip.TV/Influence Entertainment Group Inc or Rights Holder. All rights reserved. You are welcome to share this material from this page, but it may not be published, broadcast, rewritten or redistributed.